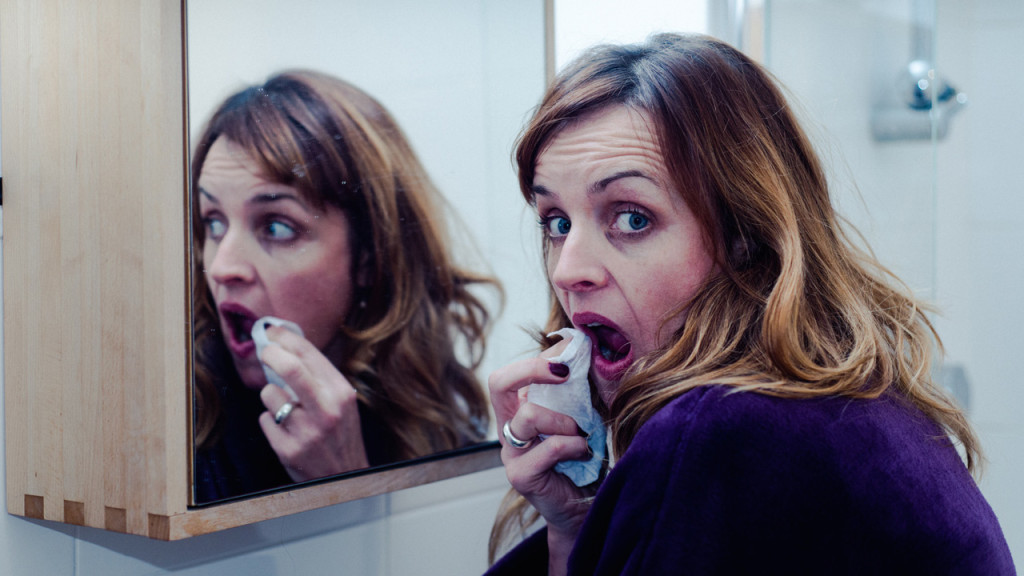 “…it is Karen (Claire Cage) who holds the audience’s attention with her powerful portrayal of someone incapacitated by her problem….Cage looks so convincing, even from close-up, that you are drawn to look at her even when the action is focused on the other two actors.” Seth Irwin, British Theatre Guide. 2015 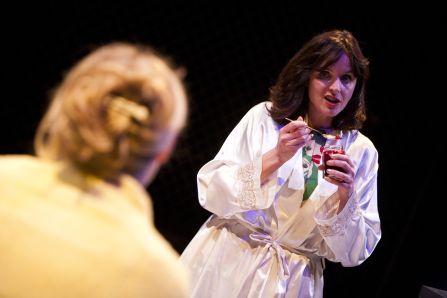 “Claire Cage is completely mesmerising as Deborah’s feisty straight-talking friend Joan. She’s not a girl to be messed with. “ Karen Price , Western Mail.  2013

“Joan (Claire Cage) and Bernie are both bitter about the opposite sex and are not afraid to be verbal about it. Quite why they are so damaged is never revealed but both steal the show with their sordid tales or schoolroom mishaps.” Chelsey Gillard, Young Critic’s Review. 2013

“…the individual performances were good – particularly that of Joan, whose blatant sarcasm, brutal honesty and straight-faced frank delivery was the real highlight of the show for me.” Caroline Hodges , Quench Magazine. 2013 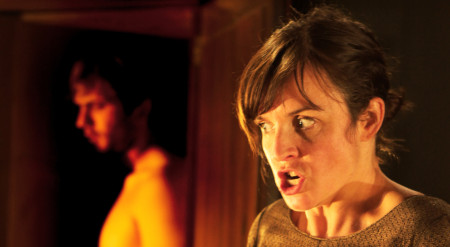 “Claire Cage’s performance as Ladder was a highlight… She was exemplary and hauntingly memorable in her attention to textual detail, tenacity of spirit, and physical and vocal and emotional precision “…..” to incandescent effect.” Dr David Ian Rabey. 2012

An Enemy For the People by Gary Owen. (Company – Ruth is Stranger Than Richard, directed by Adele Thomas).

“Particular mention goes to Claire Cage, the First Minister’s assistant who arguably has the furthest to travel as a character. Cage’s understated yet powerful performance helped to deliver this play’s political message with aplomb.” Chris Lambert, Theatre in Wales. 2006

“The FM and his attractive political assistant, a beautiful, and cool performance of understated determination from Claire Cage, are discussing security plans for a new Assembly building.” Michael Kelligan,Theatre in Wales. 2006

“Performances, though, are uniformly convincing. Claire Cage’s Sian is imbued with an irony and warmth that make her ultimate betrayal poignant.” Alex Carolan, Theatre in Wales. 2006