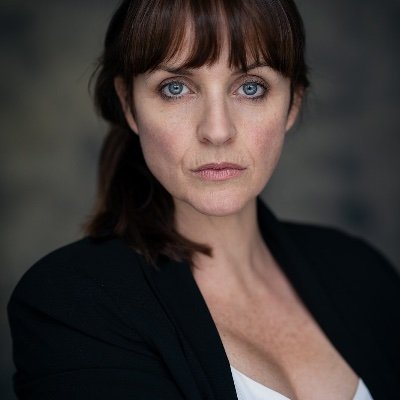 Claire can be seen later on this year as the lead in ‘In Absentia’ from Broadside / Pooka Films.

She is also appearing in an episode of ‘Moving On’ opposite Kacey Ainsworth and a recurring role as Janet Bradley in Doctors on BBC1.

Playing Mary, mother to Iris Evans played by Suki Waterhouse in Jamie Adams’ Bittersweet Symphony which is currently in post production. Claire was delighted to work alongside the iconic Jennifer Grey in this improvised feature film.

Starred as Anne in the short film Sketch  which won Best Short at British Independent Film Festival in August 2018. Directed by the brilliant Peter Lee Scott.

Played Anne in Moon Dogs which was incredibly successful in film festivals across the globe. Directed by award winning Philip John.

In 2018, Claire has also turned her hand to directing and has completed two short films, Sherlock Jones which won the People’s Choice award at the It’s My Shout Awards in Cardiff, September, 2018 and was aired on BBC Two Wales, and subsequently on iPlayer. And Between, written by Neil Bebber, starring Dave Maybrick and Judah Cousin.

She has several short films and a feature film in development with a view to continuing her directing work.

Played Karen in Blast Theory’s new work developed in partnership with National Theatre Wales.  The app can be downloaded from your app store by searching for “Karen from Blast Theory”.  For more details go here.

Claire recently enjoyed working alongside Craig Roberts again in his directorial debut, Just Jim, where she had a cameo of the “Waitress”.

Filmed the part of Mrs Davis in Moving on with Steffan Rhodri for It’s My Shout Productions in late August.

Claire Cage has worked in a wide variety of roles in TV and Radio since leaving Aberystwyth University in 1993. TV appearances include Wizards versus Aliens, Coronation Street, Wire in the Blood, Mistresses, Torchwood, Sherlock, A Royal Wedding, Tracey Beaker, Life Bites for Disney Channel UK, The Fabulous Baker Boys, and Patsy Zimmer in Being Human.

She worked with Richard Ayoade on his smash hit indie directorial debut, Submarine starring Craig Roberts. She played Sister Edith in the short film Little Munchkin and went on to play Lottie Jenkins in Elfie Hopkins with Ray and Jamie Winstone, both directed by Ryan Andrews.

Theatre credits include An Enemy for the People by Gary Owen, Wanted (Cwmni 3D) and co–writing the popular theatre show Fraser Sefton.  She is also a founder member of Be:spoken Theatre with whom she played Pauline in A Kind of Alaska.  She played Ladder in Lurking Truth’s production of I Saw Myself by Howard Barker and most recently the part of Joan in Sexual Perversity in Chicago with Living Pictures Productions.

All enquiries and autograph requests can be sent there.  For regular updates see her CV page. Thanks.